Narsee Monjee Institute of Management Studies (NMIMS), Bangalore hosted the 6th edition of its flagship event, “Analytics Day” on 30th October, 2015. Continuing its legacy of having a new theme event every year, this year the theme of Analytics day was “Supply Chain Analytics”. The event was organized and coordinated by “Intuito”, the student led Analytics club of NMIMS, Bangalore. In order to increase the awareness about the domain of analytics amongst the academic circles and the corporate world, NMIMS has been conducting Analytics day every year, since 2010.

The chief guest of the event was Mr. Sudipta Sen, Vice Chairman & Board Member- India, Regional Director South East Asia at SAS Institute (India) Pvt. Ltd and the key note speaker was Mr. Ravi Vijayaraghavan, Vice President and Head – Analytics at Flipkart.com. As a preamble to the event, Mr. Sudipta Sen in his speech talked about Internet of Things (IoT), uses of Analytics at various stages in the value chain, challenges faced in supply chain and logistics, et al. The event was also graced by the presence of Loveen Vuppala, Mr. Karthik Subbiah Mr.Rajamani Kalpathy Subramanian, Mr.Venugopal G and Mr. Anand Das from Flipkart.com, Dell, Tata Motors, Infosys and Target, respectively. These eminent dignitaries participated in an enthralling discussion and also did a detailed analysis for the topic during the Panel discussion. The proceedings were moderated by Prof. Krishna Kumar from the Rainman Consulting Company and also visiting faculty at NMIMS, Bangalore.

A massive success that raised the bar set by its predecessor, Analytics Day caught the attention in terms of the participation by the corporates and students as well as for providing insightful discussions on how analytics in supply chain can be used to gain competitive advantage.

NMIMS Bangalore, being one of the foremost B-schools in India, provides full time MBA with Analytics specialization. Moreover, Intuito- the Analytics club of NMIMS aims to forge a collaborative environment for the students to learn about the latest trends in the industry by conducting guest sessions, article discussions and workshops. Furthermore, the club provides industry updates through Newsletter and blogs on Analytics. It strives to meet the latest business requirements by providing a strong industry academia platform for the students. Intuito is popularly known for its annual flagship event called ‘Analytics Day’. 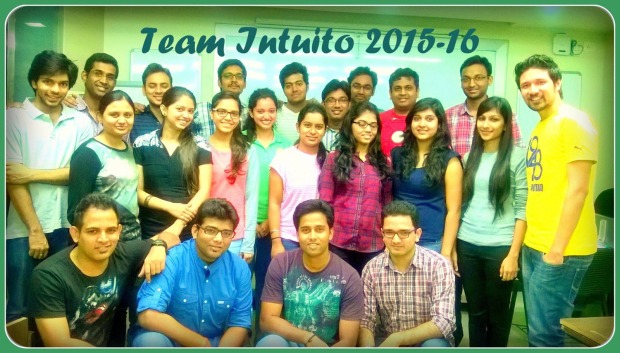